The social and territorial inequality of access to culture is played out on several levels for people:

- inhabitants a remote rural area or without cultural actors or places of dissemination, a disadvantaged urban or peri-urban area.

- temporarily removed from society at certain points in life during hospitalization, incarceration in prison, or because of social and integration difficulties;

The overall apprehension on a territory-wide scale of these problems by the service of cultural and territorial action, in connection with the local authorities and other services of the State, with which the Ministry of Culture has signed conventions or protocols, To ensure the permanence and the cohesion of the discourse of the State in matters of cultural action in the broad sense in the plurality of its devices.

In order to implement a territorial project for the development of arts and cultural education, the Department of Cultural and Territorial Action manages all interdepartmental policies throughout the regional territory.

Acting on two departments each, the cultural action advisors are the privileged interlocutors of all the partners in each department and carriers of the reality of these territories with the other sectors of the DRAC. 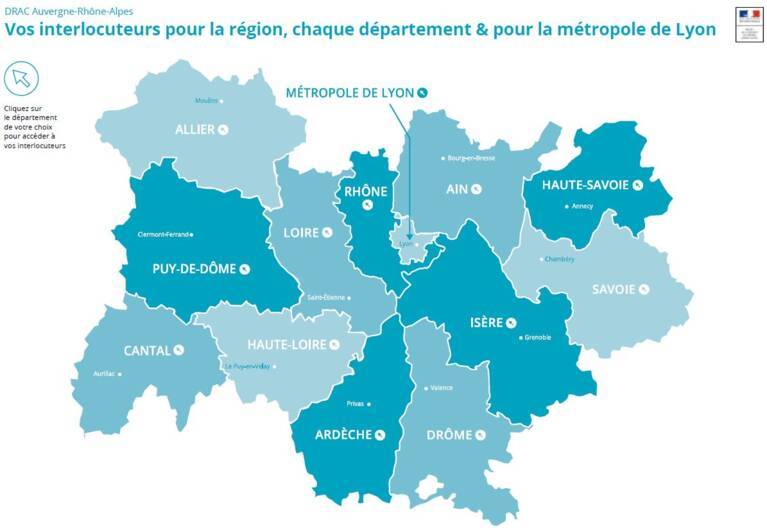