New notions and realities, which must be understood and named, are constantly appearing in specialized vocabularies. To avoid that, in certain fields, professionals are forced to resort to the use of foreign terms that are not understandable by all, the creation of French terms to name today’s realities is a necessity.

The French language enrichment device aims to guarantee the use of French in the various circumstances of civic life. Its first mission is to fill the gaps in our scientific and technical vocabulary by identifying, defining and naming in French the new concepts that appear in particular under foreign names. In addition to facilitating access to scientific and technical knowledge, this inter-ministerial and inter-institutional arrangements to meet the new vocabulary needs of the State, reminds a wide audience of the importance of having a French vocabulary, and of using it to preserve the functionality of our language.

The device in figures

The device is a network of 400 experts…spread across 19 specialized colleges… covering close to 80 domains… present in 16 departments… and which has so far produced more than 9,000 terms !

Coordinated by the General Delegation for the French language and the languages of France, it includes in particular the Commission for the Enrichment of the French Language, placed under the authority of the Prime Minister, a network of expert groups and institutional partners such as the Académie française, the Académie des sciences, standards bodies (AFNOR) and linguistic institutions in francophone countries.

Do you need a French term? FranceTerm

The site FranceTerm proposes nearly 9,000 terms to name new realities and scientific and technical innovations in French. Recommended by the Commission for the Enrichment of the French Language and published in the Official Journal, these terms apply not only to officials of the State’s public services, but also to anyone curious about the French language and its evolution.

FranceTerm is a base of new specialized terms: it is neither a bilingual dictionary nor a general language, although some of these terms have become common. The site also offers recommendations for use on relatively non-specialized concepts, often referred to by an expression in English, for which the Commission d'enrichi de la langue française recalls the variety and richness of the existing French lexicon.

How do you create a term?

We talk about “words” to refer to concepts in common language and “terms” in specialized languages. It is the experts in the French language enrichment system who write the definitions and find the terms to designate new notions and realities in their professional sector and thus enrich the technical vocabulary.

Experts first identify concepts corresponding to new realities for which it is necessary to find a French designation. To create a term, we always start from the notion: it is only once we know what we are talking about, that we have defined the notion, that we can name it. To designate a notion, we can choose a term that already exists but with other meanings or create from scratch a term (a formal neologism).

The terms created within the framework of the device must meet different criteria: they must meet a need for designation, be clear - that is, correspond to the definition given to it, and be properly trained. The terms proposed by the experts are examined by the Enrichment Commission and must be approved by the Académie française before being published in the Official Journal.

Who are the experts on the device?

Chosen for their skills, the experts are for the most part professionals in a specific sector of activity – engineers, technicians, researchers, representatives of companies, professional unions, organizations or administrations, high-level specialists…– which are evolving as closely as possible to innovation, as well as some specialized journalists and linguists.

By examining the proposals of the experts, it is the test bed of the terms before their official publication and, to do this, it brings together personalities likely to dialogue with the experts and put themselves in the position of the neophytes. It is composed of 19 members: its president, Frédéric Vitoux, of the French Academy, twelve qualified personalities and six members of law including the general delegate to the French language and languages of France, the Perpetual Secretary of the French Academy, one of the two perpetual Secretaries of the Academy of Sciences, the representative of the International Organization of the Francophonie, the President of the Superior Council of Audiovisual, the President of AFNOR.

In 2021, 268 terms and definitions have been published in the Official Journal in more than 20 areas! A 12-month review of a terminological work that gave rise to the French equivalents of cancel crop, hate, hoverboard or plastic soup.

If the themes of sustainable development and digital in all its aspects – digital assets, law, IT, telecommunications…– have mobilized the experts of the system in a transversal way, about twenty others have taken priority in 2021: agriculture and fisheries, insurance, biology, chemistry and materials, culture and media, economy, education and higher education, fossil and nuclear energy, environment, finance, housing, hydrogen, transport and mobility…

What are the areas of intervention?

The areas of expertise of the interdepartmental mechanism correspond to the fields of intervention of the departments and are distributed among the different groups of experts. Each group has a jurisdiction, and the specialists in that jurisdiction are selected based on their qualifications and experience in that area. The new concepts they study are examined in the form of thematic lists by the Commission d'enrichissement de la langue française, which recommends and publishes them to the Official journal.

The Decree of 3 July 1996, establishing the inter-ministerial and inter-institutional mechanism for enriching the French language. 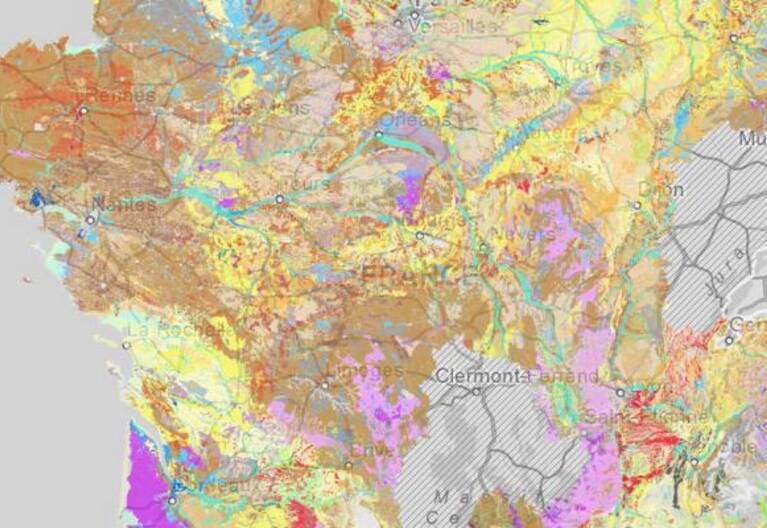 Name the places and their inhabitants Reports of the Enrichment Commission

Find here all the activity reports, year after...

Find here all the activity reports, year after... 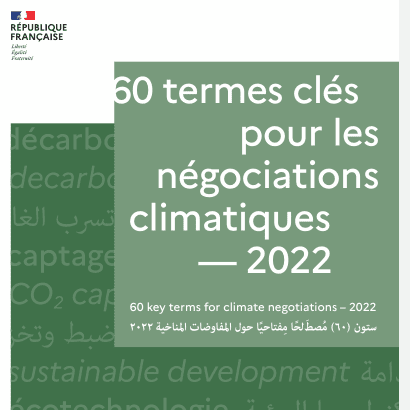 Vocabulary of chemistry, ICT, law... whatever...

Vocabulary of chemistry, ICT, law... whatever...