Council of the Order of Arts and Letters

The terms of the award, as defined by Order in Council, state that “this order is intended to reward those who have distinguished themselves by their creations in the artistic or literary field or by the contribution they have made to the influence of the arts and letters in France and in the world.”

The order consists of three ranks (Knight, Officer and Commander). To be appointed to the rank of knight, one must be at least thirty years old and enjoy one’s civil rights.

There are three promotions per year:

For the French: 2 promotions (January and July)
Contingent of 50 commanders, 140 officers, 450 knights.

For foreigners: 1 promotion, in spring
Mandatory referral to the Ministry of Foreign and European Affairs.

A total of 960 Arts and Letters Crosses are awarded each year (in comparison, the annual Agricultural Merit contingent is in the order of 4,000 and the Academic Palms contingent is 12,000).

The Council of the Order of Arts and Letters

This Council meets three times a year; it has 15 members: half of the directors of central administration, half of the personalities chosen by the minister (appointed for three years) and a representative of the Council of the Order of the Legion of Honour.

The Council of the Order considers all applications, collected and instructed beforehand by the Honours Section (verification of the applicant’s marital status, criminal record and cultural merits). The Council of the Order then draws up a list of candidates that it considers worthy of distinction. This list is submitted to the minister, who alone has the power to appoint. Each promotion is the subject of a ministerial decree which is then published, where it concerns persons of French nationality, in the bulletin Bulletin officiel des decorations, médailles et récompenses.

The Order of Saint Michael (1469 - 1830) can be considered as the precursor of the Order of Arts and Letters. Originally destined for the aristocracy, it will tend in the seventeenth and eighteenth centuries to become an order of civil merit where will be distinguished many artists, architects, collectors or people of letters.

The academic palms, founded under the Empire, took part in the relay, representing, at first, the republican reward of the merits acquired in the field of the arts as in that of teaching.

The prestige of French culture and the growing autonomy of the Direction des Beaux-Arts, now the State Secretariat for Arts and Letters, within the Ministry of National Education, contributed to the creation, in 1957, of a specific decoration, adapted to the world of arts and literature. In 1959, the creation of a Department of Cultural Affairs confirmed the importance of this distinction, which was "respected and envied by artists, writers and creators" in the words of André Malraux, Minister of State for Cultural Affairs from 1959 to 1969.

Consult the Appointments in the Order of Arts and Letters 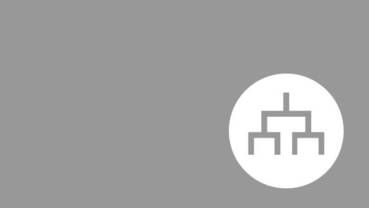