What place for the French language in scientific discourse?

While the «global English» unifies scientific thought, many personalities, including academician Barbara Cassin, biologist Jean-Claude Ameisen and physicist Étienne Klein have argued, at a symposium organized on November 15 by the Ministry of Culture and the Réseau des Organismes francophones de politique et d'aménagement linguistiques (OPALE), to reintroduce linguistic diversity into science.

According to Xavier Darcos, Chancellor of the Institut de France, the purpose of the colloquium “Pour des sciences en français et d'autres langues”, whose ambition is – among other things – to “reintroducing linguistic diversity into science”.

For this, one of its main challenges was to “define new objectives to ensure the place of French – and other languages – in scientific discourse,” says Paul de Sinety. General Delegate for the French Language and the Languages of France to the Ministry of Culture. A look back at an important sequence of this day placed under the sign of «plurilingualism of thought».

French is at the heart of the priorities of the Ministry of Culture. It allows to express all the realities of the contemporary world (Franck Riester)

Is French still a language of science? For Pascale Cossart, perpetual secretary of the Academy of Sciences, the answer is clear. “Scientists must be able to speak about their research in French using a variety of appropriate terms,” she says. “ That is what the Commission d'enrichi de la langue française, in which the Académie des sciences participates, is doing.”

In her view, three modes of “linguistic transmission” should be favoured. When scientists meet, she says, the common language is English, because it is the language used for mutual understanding. On the other hand, the language of daily life must remain French, even though it is increasingly common for laboratory meetings to be held in English. Last but not least, French has an important role to play as a popular language.”

The Francophonie constitutes another major horizon for the development of plurilingualism in the sciences. The stakes are high, whereas French could have 700 million speakers in the world «by 2050». The Collège de France, where teachers have been required to teach in French since 1530, has understood this. The Mondes francophones chair, created in partnership with the Agence universitaire de la Francophonie, has as its main objective, according to Thomas Römer, administrator of the prestigious institution, “to raise awareness of the teaching of the great personalities of the Francophonie”.

French has a decisive role to play as a popular language

The entire scientific community recognizes the need to value and develop the place of French within scientific training and research activity. For Isabelle Charest, Quebec’s Minister for Education and Minister responsible for the Status of Women, “Science in French is a way of showing who we are.” The Quebec minister is calling for “encouraging francophone researchers to work together”.

On the French side, Frédéric Dardel, Special Advisor to the Minister of Higher Education, Research and Innovation, mentions two strong axes of the next multiannual research programming bill. “Reference online all scientific production in French and promote the policy of access to the web so that this visibility can be emulated by younger generations,” he said.

Should we, in the manner of Valery Larbaud, who had bound the books of his library according to their language, act in the same way with the sciences? In other words, "is scientific thought dependent on the language that is its vector?" The answers to these questions formulated by Étienne Klein, physicist and philosopher of science, producer of «La Conversation scientifique» on France Culture, are nuanced.

Languages, however different, have in common a set of structures, a “grammar”, universal. To take up Chomsky’s thesis, it is thought that shapes language and not the other way around,” observes Claudine Tiercelin, philosopher and professor at the Collège de France, by opposing this “universalism” to a linguistic and cultural “relativism”.

It is especially important not to speak in French

In the same spirit, Pierre Judet de La Combe, philologist and director of studies at the École des hautes études en sciences sociales, distinguishes between “language as an instrument and language to say what has not yet been”. The scientist reports that a Thales company manager said, “The word safety covers different concepts depending on the language: in French, it corresponds to the demonstration of a near-zero probability of an accident; in English, “safety”. is achieved if the expected safety conditions are met, in German, if the production process has reached the highest level of reliability». Once these differences are known, an agreement can take place. The solution found is unpredictable. The reasoned exchange between the different parties makes it possible to produce a new concept,” he said, adding that “culture brings subjective realities into relation and produces others.”

Historically, thought is autonomous from language, recalls Jean-Marie Klinkenberg, Semiotician, President of the Council of the French Language and Linguistic Policy of Belgium. We can act on the corpus of languages, he says. With its stylistic constraints, its development of non-verbal semiotics, the scientific discourse has managed to get out of the straitjacket of languages. In their respective laboratories, most scientists need to speak their languages. It is within institutions that we must be careful not to give in to the ease of relativism.”

Do sciences think of themselves in a single language?

Do sciences think of themselves in one (only) language? The question certainly deserves to be asked if we consider, as Étienne Klein recalls, that Albert Einstein, the inventor of relativity, thought «outside» language. The thoughts came to him in the form of mental images, the difficulty was translating them into the common language,” he says. The same tone in Alain Badiou, quoted again by Étienne Klein. For the philosopher, «mathematics is at the extremity of language». So, do the sciences think inside or outside the language?

For Françoise Combes, astrophysicist at the Paris Observatory, «the language of large-scale diffusion» is, today, unquestionably English. Today there is an esperanto that is globish [abbreviation for the phrase global English], she continues. In colloquia, we naturally speak English. In the books we write, it’s something else. We use French in particular, but it is especially important not to speak French». François Combes takes the example of telescope projects: All nationalities come together to discuss the project. It is essential to keep an esperanto that allows us to communicate on a large scale.”

Multiplying languages means multiplying the ways we have of seeing the world, restoring a share of strangeness to what seems familiar to us

A view radically opposed to that of mathematician Laurent Lafforgue, who won the Fields Medal in 2002. Is it a coincidence, he asks, if «France has achieved, more than any other country, admirable conceptual renewals of mathematics after the Second World War?» For him, the scientist is placed “within languages”, and French, as the language of the humanities, gives “depth” to scientific thought. Today, he regrets, mathematics is done everywhere in the same way, it no longer has the same depth, it lacks thought. This lack of thought is very much related to linguistic loss. Mathematicians are trained as technicians, and no longer in the humanities.” A way forward, on which all agree to have languages coexist equally in the world of research, could be provided by machine translation software, “increasingly effective”.

But be careful not to lose sight of the fact that «what is important is the friction of languages between them», believes Jean-Claude Ameisen, biologist, former chairman of the National Advisory Committee on Ethics. “To multiply languages is to multiply the ways we have of seeing the world, to restore a share of strangeness to what seems familiar to us.” The National Ethics Committee did nothing else. From different languages, we invent a way of seeing that we didn’t have in the beginning, he observes. It is not only about sharing knowledge but also about sharing scientific approaches. As a result, we are dealing with real issues of citizenship and democracy.”

Barbara Cassin: “Let’s do science in French and other languages”

Everything started from a visit by the Court of Justice of the European Union in early November. In Luxembourg, Barbara Cassin, who has just made a remarkable entrance to the Académie française, discovers, « fascinated ", a " huge machine », intended for « ensure the equality of all European citizens before the law »: the translation of the Court of Justice’s judgments, comprising 24 official languages, 552 language combinations, 30 national legal systems, 920 persons in the Directorate-General for Multilingualism, 608 legal linguists, 70 interpreters. What is the cost? “ All multilingualism in Europe is 2.50 euros per person per year, or one coffee. At the Court of Justice, it’s 20 euro cents, or sugar in coffee ».
« This experience made me feel that Europe is linked, in its very essence, to languages», assures the philosopher, stressing that “Multilingualism is the backbone of the Court. ". For what is this for the Court of Justice? Nothing less than " to invent a new idiom to make common ". " Psince there are very different rightscontinues Barbara Cassin, it is a matter of reinventing, redefining, terms such as worker, spouse, offence, which take, beyond national particularisms, a new meaning ».
If this experience has so interested the philosopher, it is because it challenges preconceived ideas. Starting with the one who wants the language to be above all a communication tool. « If that is its purpose, we scientists should communicate in English, the latter being the language of international communication. As far as expressing a thought is concerned, I propose that we move to the plural. It’s about languages, not language, so it’s not just about communicating but about expressing a vision of the world. You think in languages. It is this “in languages” that is important to me, because it is linked to an “between languages”. I would say: let’s do science in French and in other languages, for the exact sciences as well as for the humanities ,” the philosopher said.

Also to be read 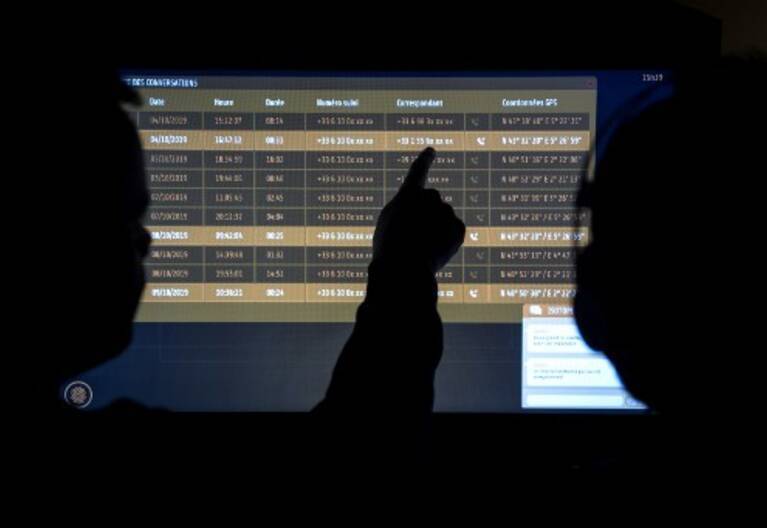 14.11.2019 Maintenance
For a plurilingualism of scientific thought 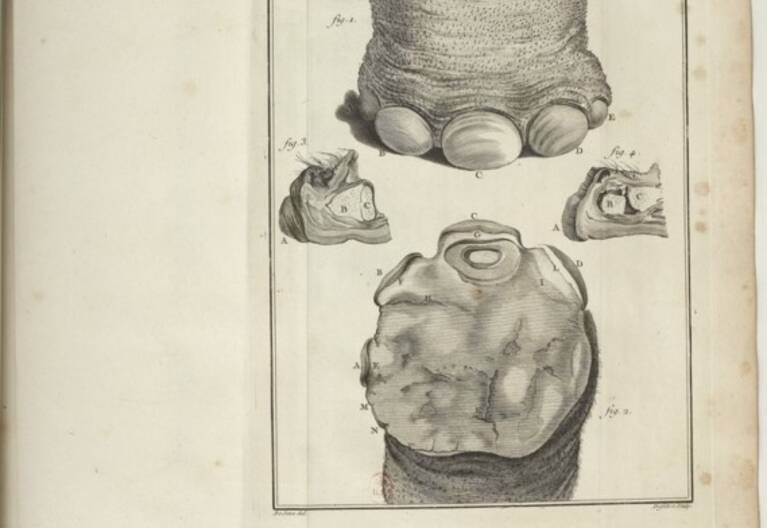 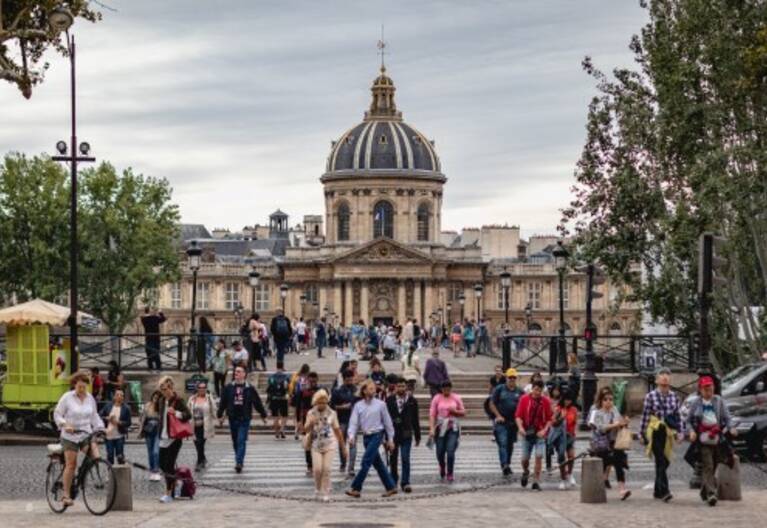