The label «Architecture contemporaine remarquable» was created by the law of 7 July 2016. This label succeeds the label «Patrimoine du XXe siècle», created in 1999 and now disappeared. It points out buildings and productions less than 100 years old that are not protected under the Historical Monuments.

The stakes of the ACR label

Its objective is to take a new look at recent heritage and to encourage the awareness of the widest public (owners, occupants, elected officials, ...) about this architecture and its urban environment. Integrated into the heritage code. This label is granted to significant achievements, until the centenary of the building. It involves the DRAC in monitoring the evolution of the work. In addition to its automatic disappearance on the centenary of the project, the «ACR» label can be withdrawn if work interferes with the reasons for labelling.

The label on the Languedoc-Roussillon side

Between 2010 and 2015, in Languedoc-Roussillon, the working group on the «Heritage of the twentieth century» label set up by the regional directorate of cultural affairs and composed of specialists, academics, researchers, architects, archivists, of the General Inventory, of ENSAM, CAUE, UDAP of the various departments, has chosen to work by theme or around the work of architects who have been the subject of a thorough study.

After the certification of the Grande-Motte (Hérault) and the seaside resorts of the Mission Racine in 2010, the Paul-Valéry University campus in Montpellier, the work of architect Armand Pellier was highlighted in 2011 and that of Georges Candilis, Josic and Woods who built the new town of Bagnols-sur-Cèze (Gard) in 2014.

The theme of cooperative wineries, fundamental for the region, was treated in 2013 with the award of the label "Heritage of the twentieth century" to many wineries of the Aude, Gard and Pyrénées-Orientales.

In Perpignan, the architecture of the first half of the 20th century with a strong dominance of Art Deco was the subject of a special treatment in 2015: entire districts, remarkable for their urban coherence, were labeled in agreement with the City of Perpignan, while the new town of the Windmill, created in 1962 with its architectural and landscape unit preserved, was also distinguished by the label. Moreover, it seemed impossible not to highlight the architectural interest of 8 isolated buildings whose creators are major figures of Perpignan architectural life, such as Férid Muchir.

Since 2015, the labelling strategy has evolved and is based on studies of the identification of architectural production of the second half of the 20th century at the departmental level.

For the department of Gard, the identification from publications and archives led to the labelization of buildings representative of the different typologies: both water castles built by Guillaume Gillet as well as the station of Port Camargue and several constructions of Joseph Massota, major architect in the Gard of the period 1965-1985.

If in the Hérault, a study on the works of the architect Elie-Marcel Bernard (1894-1981) allowed the recognition of four Montpellier buildings of the 1930s, it is a more global study of the constructions of the 1950s-1985 that was conducted in 2017-2018 by the DRAC, culminating in the certification of 21 buildings: the Sète auction, Antigone, the Alignan-du-Vent school, the Vert-Bois university restaurant, the Triangle Tower or Port-Ambonne…

This work at the departmental level is currently ongoing for Lozère, Aude and the Pyrénées-Orientales.

In 2012, the Drac commissioned a study, unprecedented at the regional level, on the inventory of the most significant architectural and urban production of the 20th century and aimed at collecting documentation, identifying buildings, identifying actors, to characterize the territories, to put in perspective the local production with regard to the national or even international creation. 18 months of study identified 2,343 buildings, 100 of which could be labelled. Of these, 43 buildings were certified in 2016. A second list of buildings was proposed in 2019, finalizing the labeling of the selected exceptional constructions.

In 2019, a new building received the ACR label: the art and design center La Cuisine, installed in the castle of Nègrepelisse (Tarn-et-Garonne) rehabilitated in 2014 by RCR Arquitectes.

14 June 2016 : Le Panrama à Clapiers - cinema Total by Hubert Corbin, secretary of the association «Amis du Panrama». Presentation of the process of projection on hemispherical screen Panrama, building inscribed in title of mh on 9/12/2015. With the intervention of Philippe Jaulmes, Montpellier architect, and Yvon Comte, in charge of documentary studies at the Regional Conservation of Historical Monuments/DRAC (the Tuesdays of architecture)

7 June 2016 : The recent labels «Heritage of XXe century » in the Gard by Josette Clier and Michèle François, in charge of documentary studies at the Regional Conservation of Historic Monuments/DRAC.
Prototype school of Saint-Dionisy, Collège du Vigan, water castles of the canal des Costières, harbour master of Port Camargue, etc. buildings of the years 1950-1985 labeled in 2015.
by Jean-Louis Vayssettes, archaeologist at the Regional Archaeological Service/DRAC and Clémence Segalas-Fricaud, head of the modern collection at the Montpellier municipal archives (the Tuesdays of architecture)

May 31, 2016 : The work of architect Marcel Bernard by Jean-Louis Vayssettes, archaeologist at the Regional Archaeological Service/DRAC and Clémence Segalas-Fricaud, head of the modern collection at the Montpellier municipal archives (the Tuesdays of architecture)

Férid Muchir, the spirit of the place of Chantal Marchon (2015) (Looks like the Sud Magazine culturel de France 3)

The Nave of Salvation by Raymond Achilli (2015). Film about the church of Saint Dominic in Nimes (Looks like the Sud Magazine culturel de France 3) 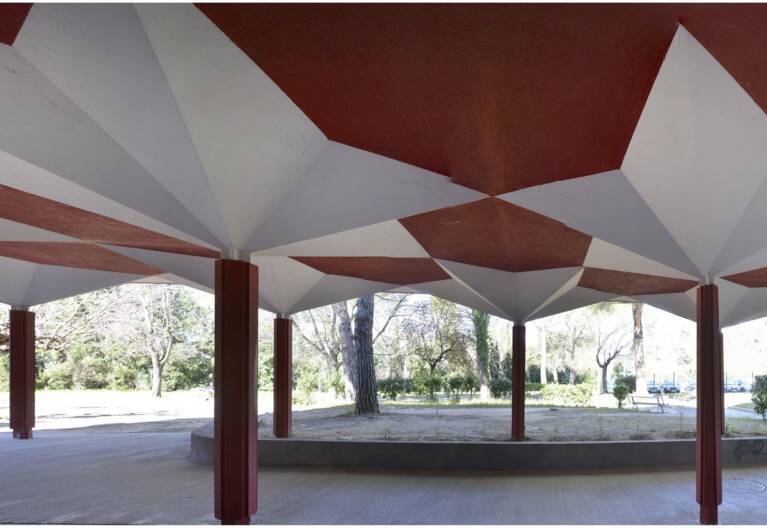 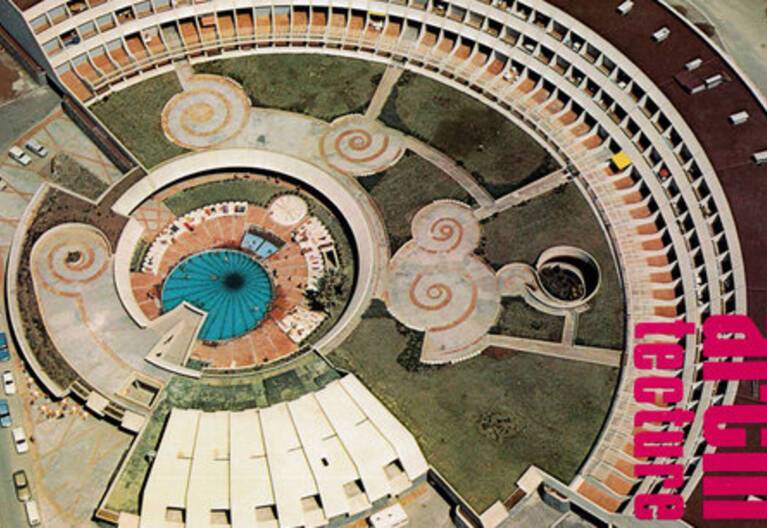 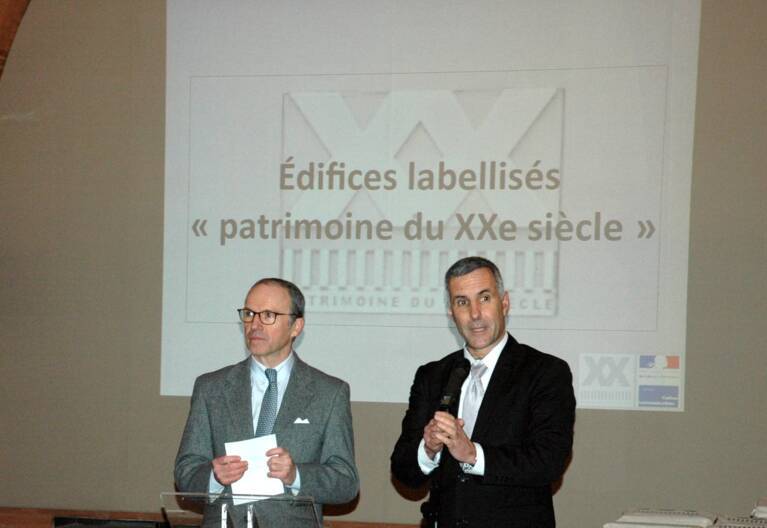 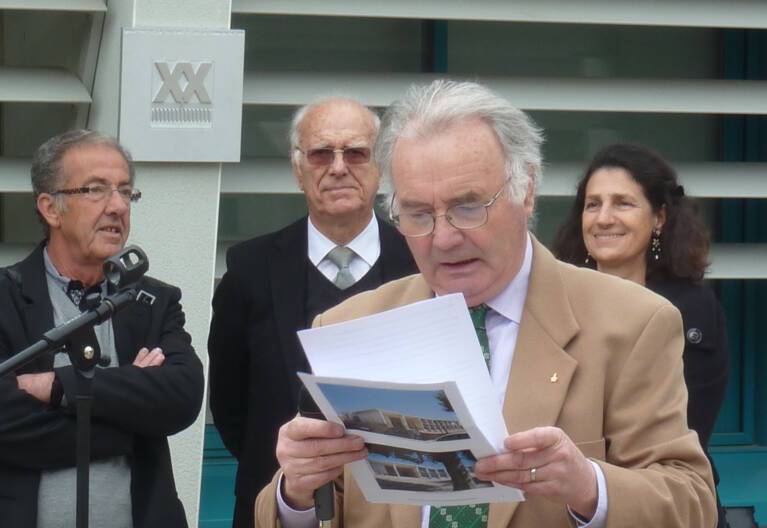 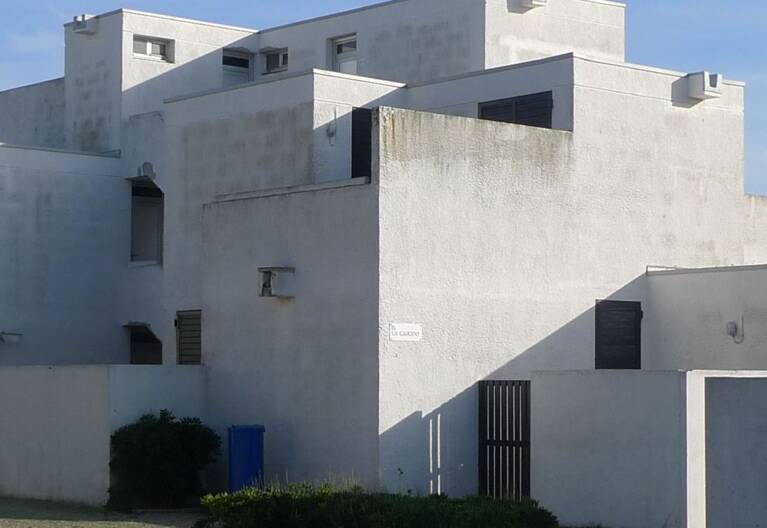