By setting up cultural projects in hospitals based on the intervention of professional artists with patients, their families and hospital staff, it promotes spaces for meetings, discovery and access to an artistic practiceIn this context, the European Commission has set up a European Centre for the Development of Vocational Training.

Regional context: implementation of the partnership in Ile-de-France

In each region, the implementation of this program is entrusted to the Regional Cultural Affairs Directorates (DRAC) and the Regional Health Agencies (ARS) who jointly define their priorities. Thus, on 27 January 2011, the DRAC and the ARS of Île-de-France concluded a four-year partnership agreement whose key objectives are to:

The procedure: an annual call for proposals jointly launched by DRAC and ARS

At the end of each year, a call for projects is launched for the following year in order to support and accompany artistic and cultural actions for the benefit of patients, their families and the staff of hospital structures in the Paris region. Projects must necessarily be part of a partnership between the hospital and a nearby cultural structure (theatres, libraries, museums, art centres, cinemas, companies, musical ensembles, etc.). They must also involve artists whose creative work is recognized and promote the active participation of patients and staff in artistic practice. (See link to the -Call for Proposals and Authorization (PAA) -)

Intended to enhance the health facilities of the region invested in the implementation of a quality artistic and cultural policy, its attribution, valid for a period of three years, Demonstrates the acceptance of beneficiaries in a set of good practices regarding the artistic and cultural programming of health care institutions related to:

The award conditions and selection criteria are set out in the settlement  and the reference The award of this label does not give rise to any specific funding from either the ARS or the DRAC.

For the fourth labelling campaign, the DRAC and the ARS of Île-de-France have renewed six winners for the second time, and awarded the label "Culture et Santé en Île-de-France" to two new winners: the Melun Hospital Centre and the Sainte Périne Hospital in Paris.

In 2016, 16 health facilities are thus labelled In the regions for the quality of their cultural and artistic policies.

CESER IDF opinion on the theme "Art and Health"

The Regional Economic, Social and Environmental Council (CESER) of Ile-de-France has published a report on the theme "Art and Health" and delivered a particularly positive opinion on the place of culture in places of care and on the joint policy initiated by the ARS IDF and the DRAC in the regions.

The CESER Ile-de-France wanted to address the issue of artistic action in healthcare and issued a public opinion on this issue on 17 September 2013, based on a report presented by its Committee on Culture and Communication. This report is the result of an exploratory work fed by numerous hearings between 2012 and 2013.

Main elements of the opinion delivered by the CESER IDF

The CESER report places access to culture in the care setting as a logical extension of the recognition of patients' rights, as a vector that helps to give a new place to the user, To improve the quality of industrial relations and the openness of institutions to the city. In particular, it identifies the following as essential conditions for the development and success of cultural actions in healthcare settings:

CESER’s opinion on the Culture and Health policy led by the ARS and the DRAC of Ile-de-France."The CESER considers particularly positive the initiatives taken jointly by the ARS and the DRAC […] which have resulted, albeit with limited means, in the establishment of a genuine proactive policy of developing cultural activities in places of care". (Download the document opposite)

The Law of 11 February 2005 on "Equal Rights and Opportunities, Participation and Citizenship of Persons with Disabilities" dictates a series of actions concerning access to culture for persons with disabilities. Among these actions is the need to:

The target groups are persons with disabilities, and staff of reception centres.

The projects selected must contribute to developing partnerships between medical and social institutions and local cultural institutions. They are based on the intervention of artists whose creative work is recognized. The active participation of patients and staff in artistic practice must be clearly apparent. Similarly, a time of restitution must be ensured within the hospital structure and in the cultural structure associated with the project.

The city’s policy involves all the ministries, including the Ministry of Culture and Communication, which supports certain projects in favour of the inhabitants of neighbourhoods falling within the priority geography of the city’s policy.

The DRAC-Île-de-France pursues a proactive policy towards cultural structures by supporting projects in favour of priority neighbourhoods. It involves the Deputy Prefects for Equal Opportunities and the Sub-Prefects responsible for city policy in choosing the artistic and cultural projects selected, in order to ensure complementarity between existing public support.

The inhabitants of priority neighbourhoods often suffer from social isolation, rarely frequent places of cultural dissemination and do not allow themselves to have an artistic and cultural practice. The artists who propose the projects, through their interventions and by involving the inhabitants in the creative process, restore confidence, hope and self-esteem to the participants. They value them and make culture accessible.

If the project is successful, the inhabitants allow themselves to new artistic practices and cultural outings. Culture is a powerful lever for the integration and remobilization of people in social difficulties .

Artists can also accompany the inhabitants as part of an urban renewal to keep the memory of the neighborhood and its inhabitants.

Cultural structures may respond to the annual call for projects. Projects are selected according to the following selection criteria:

- Quality of the artistic and cultural project (interventions of professionals over the duration, originality of the project according to the difficulties of the inhabitants, );

- Appropriate choice of beneficiaries (social difficulties and distance from culture) while facilitating social and intergenerational diversity;

- The ability of the cultural structure to intervene in a neighbourhood, taking into account the local actors of the city’s policy and to associate themselves with a social field structure to better support the beneficiaries;

- Ability to mobilise and make the beneficiaries assiduous;

- Relevance of the objectives and practical arrangements of the proposed evaluation (time and duration of the evaluation, participation of beneficiaries and partners, choice of indicators according to objectives).

Since its creation, the Ministry of Culture and Communication has worked to promote access to culture for people who are far from it. This has led to partnerships with the ministries of Justice, Health, the City, National Education and Youth.

He approached the Department of Justice by signing in 1986 then in 1990 two Memoranda of Understanding which aim to implement a quality cultural policy for persons placed in custody. These Protocols were supplemented by Implementing Circulars of 1992 and 1995 respectively.

The last 2009 Memorandum of Understanding is supplemented by the 2012 Implementation Circular. Culture is a factor in the construction or even reconstruction of the person and an important element in a re-development processThe objective of the two ministries is to implement a programme of artistic and cultural actions through public institutions under the supervision of the Ministry of Culture and Communication and at the level of the territory through the regional cultural affairs directorates (DRAC.)

Apart from the direct interventions of public institutions, numerous in Ile de France, a framework agreement at the level of the DRAC Ile-de-France was signed with the Interregional Directorate of Penitentiary Services of Paris (DISPP) in June 2011. The DRAC IDF is developing a consultancy and networking mission with DISPP: it is a matter of offering to persons placed under the control of justice a perspective of an artistic field through workshops of practice and to promote cultural exchanges with artists.

The Culture and Justice partnership is based on the work of the cultural coordinators of the Insertion and Probation Penitentiary Services of each department (SPIP). They are the ones who define cultural programming based on their knowledge of the audiences, the issues and the constraints of different prison environments.

At the request of the SPIP, and after a joint analysis of the projects, the DRAC provides financial support to the partner cultural structure of the prisons. 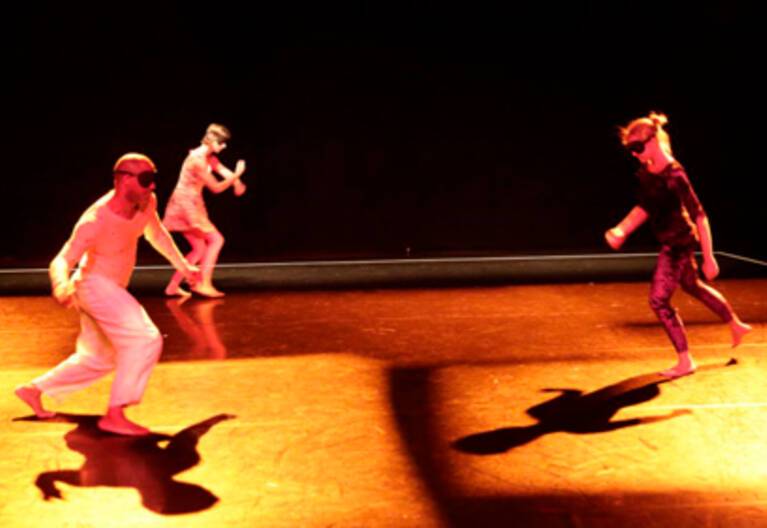 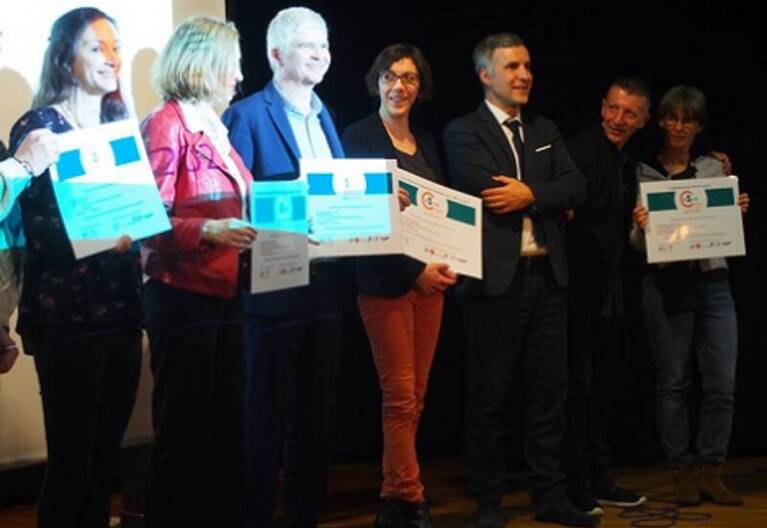 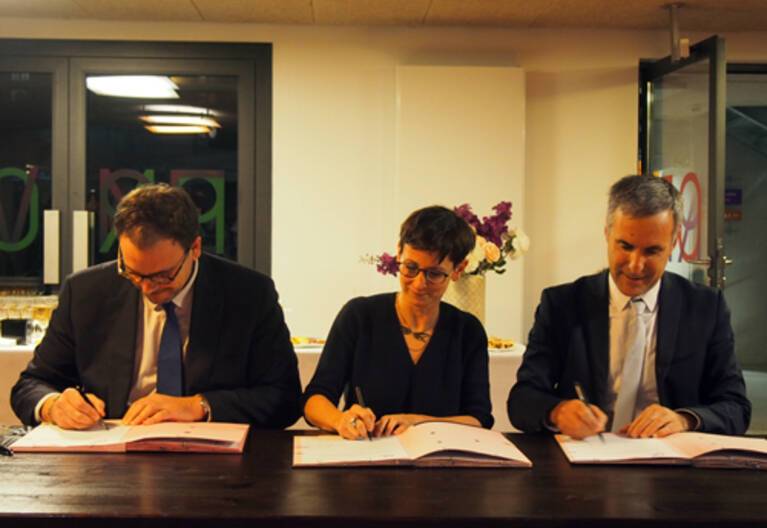