Artists and professionals from overseas advance the cause of cultural development.

Ultramarine artists do not lack dynamism, quite the contrary. In some respects, they are at the forefront of innovation in cultural development. Hardened by the difficulties of remoteness, insularity or isolation, and supported in the long term by the Ministry of Culture, they develop strategies and launch exciting initiatives.

Whether it is a question of inventing a network of shared competences with the dimensions – quasi-continental – of the Amazon-Caribbean basin, of cultivating the creative resources of La Réunion by treating the emergence of new artists, or to set up artistic research laboratories completely open to the youth of Mayotte, we can count on them to design and undertake new experiences that win to be known and shared! Focus on three outstanding initiatives.

In the Caribbean, dance is a folk art, traditional and sensitive to new forms. Contemporary circus is also deliberately popular and artistic. It has everything it needs to dialogue with dance and develop alongside it to strengthen a promising cultural life, anchored in the territories, open to tourism, and able to radiate on the multilingual space of the Caribbean and internationally.

However, the insularity and vastness of the Caribbean-Amazon basin fragment the territory into cultural micromarkets, and limit exchanges between artistic teams. So far, transmission, production and dissemination have been affected. Young artists sometimes struggle to find the training they need. Cultural professions struggle to develop. To address these challenges, the project Caribbean Passport Amazonia Dances and Circus ” (PACAM) creates the indispensable “complementary links” between the institutions already present in this immense region, in order to revitalize a network and the circulation of people, skills and ideas that are just waiting to be activated.

Everyone wants to work together. Let us judge: from Guadeloupe, Métis'Gwa Dance and Circus Company, coordinator of the project, brings its expertise for training in administration and cultural management; from Guyana and from Martinique, respectively, the Centre de Développement Chorégraphique National (CDCN) Touka Danses and the Association for the promotion of circus arts Lezard ti show (LTS), bring their expertise in the field of dance and circus training, and the development of dance and circus activities; from Bagneux to the south of Paris, it is the Centre des Arts du Cirque et des Cultures Emergentes, the World’s Smallest Circus (PPCM) which, for its part, brings its expertise in training and development in the field of circus arts but also of cultural entrepreneurship, as well as its action in the promotion of Caribbean creations in France and in Europe; from Saint Lucia, even better, the'Alliance française serves this group to develop links and synergies with the English-speaking islands of the Caribbean; finally the University of Jamaica (School of Drama, Edna Manley College of the Visual and Performing Arts) completes the picture with its offer of artistic training diplomas.

In focus: the possible emergence of a circus arts hub in the West Indies, largely open to the Caribbean and the Amazon, capable of structuring and sustaining the entire network.

Cirons Flex is a resolutely contemporary, urban company, open to the world, and powerfully crossed by ancestral Reunion practices. An amazing circus, which calls itself «endemic to Reunion», and which delivers its shows in the immense global region (the Indian Ocean and beyond) that surrounds its island territory: India, Africa, Madagascar, but also China, and of course, a little further north, hexagonal France. Fifteen years of Reunion and international adventures during which the artists also welcomed the neighbouring cultures, cradle of a part of the island’s mixed population.

With their very young experience, Virginie Le Flaouter and Vincent Maillot do not forget the difficulties of their debut. They are interested in the next generation, whose emergence they seek to accompany. “ In the last fifteen years, the circus has developed a lot in Reunion, explains Virginie to the newspaper The Terrace. The creation of the island’s first professional circus collective, "Ansamb Avèk!". With this group of seven young circassians, we climb the project Radio Maniok : the evocation of a past episode of La Réunion, whose confinement brought back the memory: the period 1940-45 during which the island was completely cut off from the world. Thanks to the language of the circus, but also of the theatre, dance and music, we will approach these years through a series of paintings inspired by the Starved of Saint-Denis by Victor P. de La Rhodière. »

Run an “Artistic Factory” open to all: an exceptional laboratory in Mayotte

The Kingdom of Flowers is the result of the meeting between two passionate people: Marie Sawiat Ali Saïd, from Mayotte, who is today its president, and the dancer and choreographer Djodjo Kazadi, from Kinshasa. This meeting, explained the first during a residence of the second to Viadanse, Centre chorégraphique national de Bourgogne Franche-Comté, their partner, ' led us to create our company Kazyadance and to dream The Kingdom of Flowers during long walks to the Nuit Blanche, in Paris. A magnificent project that materializes the research and reflection work that we have engaged since 2005 for the artists and youth of Mayotte. »

The Flower Kingdom offers workshops at all levels of dance and artistic expressions for children, teenagers and adults. It is also a reception space in residencies of professional artists, throughout the year, who participate in artistic laboratories of dance, theatre, plastic and visual arts. At the end of each laboratory, the Kingdom of Flowers opens its doors to the public to attend the restitution of these research workshops. It finally offers, every year in June, a remarkable event: the festival The Trepidanses in the Kingdom of Flowers, a meeting of exchanges, sharing and artistic and choreographic encounters.

« I wish, says Marie Sawiat Ali Said, that The Kingdom of Flowers be a place of discovery of youth, the place of artistic expressions of the region and the world. A place of dialogue and confrontation of our stories, of our talents, to change the way we look at our talented youth. A place, finally, which functions as a gateway, which carries creations, and which, although belonging to the family of contemporary dance, draws from all the registers and from all the palettes of artistic movements. » 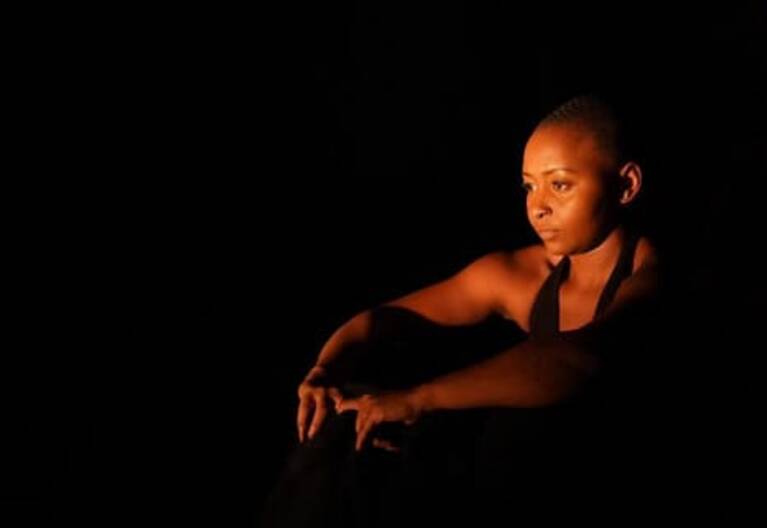