Berekia Yergeau: «Guyana is a place of very inspiring intermingling»

Berekia Yergeau, with her extraordinary energy as a woman orchestra, writes, directs, organizes the production and distribution of her shows, while administering his company OTEP.

Her boundless activity quickly earned her the opportunity to make her work known, which means, for this young artist living in Kourou, the goal of regional, hexagonal and international influence: the Caribbean Arc, Quebec, Africa and metropolitan France. A radiation that would not be possible without the fertilizing power of her adopted country, Guyana, which she says cannot be lied to. “ I am very inspired by this land. I find the mix-up that I grew up in. There is a very beautiful living-together that I have rarely seen elsewhere, even in America. It is a theatrical thought peculiar to Guyana multicultural land and rich in itself. »

Born in Haiti, raised in Quebec by her adoptive parents, Berekia Yergeau studied arts, letters and theatre in Montreal. Passionate about poetry and drama, she has already published a collection of poems and some theatrical experiences when she discovered French Guiana and made the choice, in 2014, to settle there.

She is first noted for her work with youth in various structures. Within the Maztek company, she founded a theatre troupe of young high school students, to which she makes discover that artistic creation, in particular in dramatic form, is not limited to the only classical and contemporary repertoire of France offering them to approach and play a theatrical thought peculiar to Guyana, I think for example of the texts ofElie Stephenson. »

At the same time, it makes known its own original works: it is first of all Come with me, represented in July 2019 at Théâtre des Outre-mer in Avignon, the famous TOMA of the Chapel of the Incarnate Word, then Like the Bird, also passed through the TOMA, and Between Dogs and Wolves, a “work in progress” created in Paris on Modern wash house.

In August 2021, she founded the company OTEP (Œuvres Théâtrales Et Poétiques), a nod to the salvation of ancient Egypt, Hotep, which means be at peace.

Berekia Yergeau, what represent for you the meetings of the ONDA, dedicated to ultramarine creation, in which you will take part on December 1st at the Carreau du Temple, in Paris?

Berekia Yergeau: This is an essential moment to highlight the strategies that work when it comes to broadcasting, for example, ultramarine shows. But also the opportunity to reflect on the shortcomings of our territories and to find ways of developing ourselves, to enable what I call “theatrical thinking” to exist in our country, to enrich ourselves, to flourish.

What have you learned in this regard from your first creative experiences?

From the beginning of a project, we must be wary of the enclavement of Guyana, an enclavement not only geographical but also artistic. Indeed, despite three excellent places of diffusion to confront our work, I dread the between-self and instinct I need an external look. We have to find a good way to raise the level of our work, so that we can really look at greater dissemination.

For Like the Bird, which is written in verse, we responded to a project call that allowed us to work in Normandy, at the Factorial, Val de Reuil’s house of poetry. This is a spectacle for which I have gathered testimony on the “mules”, that is, drug smugglers. An alarming phenomenon that sometimes affects very young people, very hard stories, which depict a deep gap between the generations of the Guyanese, and the fairly frequent mixing in these families. It was really interesting to present our work to an audience so far removed from these realities, and to realize that the text was received with great emotion. Financially speaking, we were able to do this residency thanks to the creation assistance and the Arts and Cultural Exchange Fund (FEAC), which helps us a lot.

How is broadcasting going beyond Guyana?

For two years we’ve been broadcasting Like the Bird, you could say that I take care of it myself. We managed to organize a 70-date tour (the average production in Guyana is between three and fifteen dates, with a few exceptions), to which are added 25 dates for school students. And as the piece was thus exported a lot, it gained notoriety in Guyana even where it is asked again, which leads us to continue the tour.

However, it is rather difficult for us to access the hexagonal rooms, because we are not very well known companies, and the broadcasting agencies are overwhelmed. A rather natural door would be to be programmed in the West Indian National Scenes, our neighbors, but it’s also difficult! And yet, the Hexagon CDNs would identify us better and more willingly take the risk of receiving us.

Paradoxically, it is the Alliance française de Sainte-Lucie, which wants to set up a Like the Bird in the English-speaking Caribbean, using surtitling, which will give us visibility in our great region.

International events were another opportunity for us to reflect: we were invited to the festival It’s happening in Kin, at Masa d'Abidjan , at festival Dol'en stage and at the Mantsina festival on stage in Brazzaville, but not all of those festivals could handle our fees. The FEAC, whose support concerns travel, cannot supplement it. We would then need another envelope, but we would end up going to assistantship, where we only want to develop a cultural economy.

But we thought that we would go anyway, because it is the opportunity to enter the networks that surround big names of the current theatre such as those of Hassane Kassi Kouayté who now directs the festival des francophonies de Limoges, of Dieudonné Niangouna, ofAbdon Fortuné, of Laëtitia Ajanohun and others: strong networks present in Africa but also in France. It is entirely relevant for us to register and work with these festivals, given our isolation and our difficulties in broadcasting.

Whether we go to play in Avignon or in Africa, we always get there with a jet lag of at least eight hours, and always the day before the performance since we can’t afford many hotel nights. In addition, we sometimes have to take over the room after several months of interruption. The press is upset about the first performance, it’s not about missing it.

It is here that the agreement of our company by the DGCA allowed me to make a very concrete progress: I went to see the cultural center of the city of Kourou who kindly put at our disposal a storage room of 50 m2, to make of it a laboratory of creation. This small lab allows us, among other things, to repeat before our broadcast periods. We also make it available to other artists in the territory, because it is an issue that concerns us all here: to create the professional conditions for artistic creation.

Basically, your situation away from broadcasting networks leads you to strengthen more than ever the strategic aspect of your activity?

Absolutely, and our last creation, Between dog and wolf, finish to persuade me! At the outset, this is a tremendous opportunity offered to us by the Parisian modern wash house , but under very rigorous conditions of creation, at least for me: three weeks of residence, construction of the sets and manufacture of costumes included, for a creation of 50 minutes, intended to be broadcast almost immediately. I had to find a way to adapt.

That’s why I did a show in two parts, one very dense, very frontal, of 35 minutes, followed by a part in interaction with the audience, more relaxed, humorous and participative. And then, for the broadcast, we dared to project it on 2024, after a new time of creation that our lab and the agreement of our company will allow us. We hope to play at the Masa in Abidjan, the TOMA in Avignon, the Canadian festival Transameric and of course here in Guyana.

How do you see the development of creation in Guyana itself?

We are here in South America! I am very interested in the initiative of the Alliance française de Sainte-Lucie. Guyana, Suriname, Barbados, Trinidad… We should build a close and lasting network where everything that is created in Guyana will find a listening: spirituality, tales, orality, as much as theatre, which will resonate perhaps more than in France. These paths cannot be neglected, since they are part of the living cultural source of the continent in which we find ourselves. 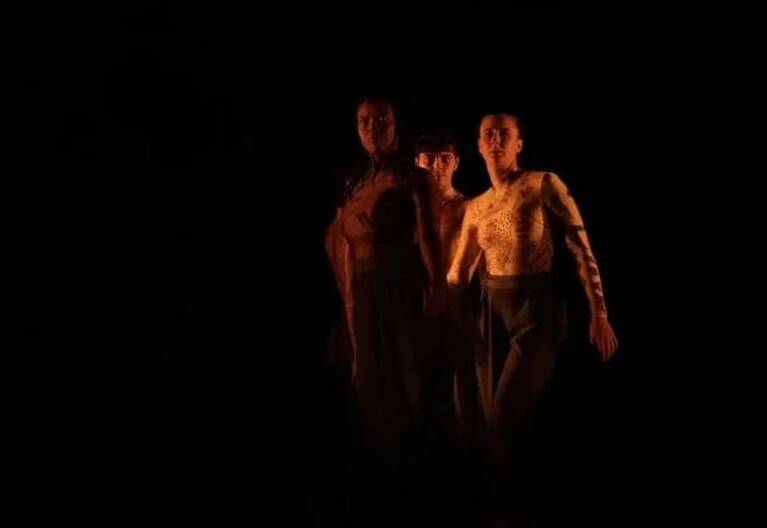 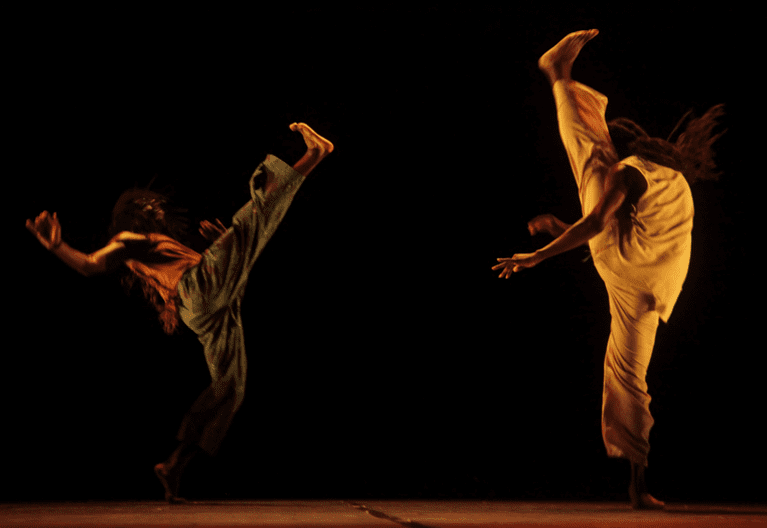 30.11.2022
Vitality and inventiveness of ultramarine cultural...